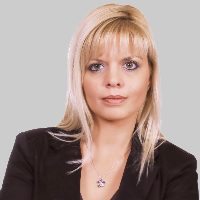 Mediation made its official appearance in Greece a few years ago, in 2010, after the enactment of Law 3898/2010. This legislative instrument introduced for the very first time in Greece the institution of Mediation, as an alternative method of conflict resolution in Civil and Commercial disputes. We should stress out at this point that the introduction of mediation in Greece and especially by rule of law, was not something that was created from scratch. It was the required transposition into the National legislation of the Directive 2008/52/EC of the European Parliament and the Council of 21st May 2008.

What the Greek Legislator had actually in mind, was not to cover a need for a legislative mediation regime as was the case in other countries. On the contrary, in Greece the goal was the creation of a mediation culture in the field of conflict management, but first and foremost in the field of conflict resolution. The aim and the ambition, was and still is, to make a turning point as a society in whole (professionals in the legal field, judges, lawyers, citizens), to alternative dispute resolution, instead of opting for the costly and time consuming road of justice.

To get to the heart and the real meaning of mediation. What is actually mediation in a few words? Mediation is nothing more than an effective way to resolve your disputes. It is based οn mutual compromise, on negotiation and the attainment of mutual (as strange as it may sounds) benefit for all the parties involved in the dispute.

The advantages and benefits of mediation for the disputed parties, for the people that are in a way or another, affected by the outcome of the dispute and even for the community, are really countless.

We will not go into the disadvantages of mediation for the very simple reason that there are not any.

In these past few years we have decided to take a long journey. If you wish to join us in this journey to Ithaca of mediation, you are more than welcomed, we would be delighted. The road is a long one, full of adventure, full of discovery (C.P.Cavafy).

The Founder and General Director of startADR®